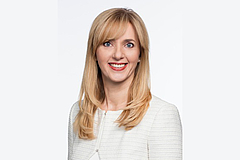 Due to urgent exploratory talks scheduled at short notice in Berlin, the speech entitled “Challenge of ‘Europe’ – Construction sites and no end in sight?” was held by Ms Renata Alt instead of Mr Alexander Graf Lambsdorff, as had previously been announced. Ms Alt is a member of the Free Democratic Party (FDP) in the German Parliament, specialising in issues including foreign policy, and is part of the FDP federal expert committee for international politics. The press release still names Graf Lambsdorff as the speaker. Please amend the texts accordingly for possible use. The content of the texts remains applicable with no restrictions, since Ms Alt represented the same demands and views on European policy as Graf Lambsdorff.

Leinfelden-Echterdingen / Böblingen – (rp) What matters in these current uncertain times is putting Europe back on track. But abstract discussions about “more” or “less” Europe contribute nothing to this. Instead, citizens want an EU that actually works and serves their interests. This is how Alexander Graf Lambsdorff formulated the community's key duty, as he sees it, in mid-November 2017 in front of an audience of European specialist journalists. At the same time, the former Vice President of the European Parliament made it clear during the event held by international construction supplier Roto in Böblingen, near Stuttgart, that the path towards achieving this objective is paved with numerous challenges and difficulties. This is why people also need to have the courage to make “unpopular decisions.”

The 51-year-old politician, who is now a member of the German Bundestag and is responsible for human rights and external affairs as the deputy chairman of the FDP parliamentary party, referred to three factors in particular which are currently destabilising Europe. Firstly, the euro crisis has not been resolved yet by a long way. There is a specific need for reform in the eurozone. However, Graf Lambsdorff takes a critical view of the joint budget favoured by the new President of France, Macron. Apart from that, confidence in the euro depends more on compliance with accepted rules than on the number of EU members. While countries such as Ireland or Spain have successfully completed their reform programmes, there are still many outstanding issues in Greece. In addition, the eurozone needs the possibility of “ordered state insolvency”.

Graf Lambsdorff cites the popularity of populist, nationalist and protectionist movements in many EU member states, some of which are major players, as the second major risk for Europe. This development is manifesting itself in Brexit, for example, which could release “fatal centrifugal forces.” As a liberal European and economic politician, he feels “extraordinary” regret over the exit of the United Kingdom from the European Union. However, this “definitively” does not signal the end of the EU. Rather, there are extremely positive signals with regard to populism and protectionism. These included the elections in France and the Netherlands. In these countries, Macron and Rutte won over citizens with liberal, market-based economic programmes with a focus on the future.

The third factor creating extreme uncertainty is the result of the strategic environment. “Extreme foreign policy challenges” are present from Russia to Turkey and all the way to Africa. “In addition to this, we now have Donald Trump,” added Graf Lambsdorff emphatically. During the Roto Trade Press Day, he additionally voiced his support for ending accession negotiations with Turkey. Since Erdogan’s government has radically restricted vital freedom of the press, freedom of opinion and freedom of association, the country cannot become an EU member – “the truth of the matter is that it doesn’t want to either.” Instead, the FDP politician argues the case for finding a new form of economic, political and cultural collaboration with the “proud nation” of Turkey without “empty promises and mutual insults.”

Open to a different speed

In general, the EU should concentrate on the areas in which it “provides added value” for citizens. Graf Lambsdorff cited security at external borders, protection against terrorism, growth and social responsibility in the age of globalisation and digitisation, the opening up of new markets as a result of free trade agreements and fair distribution of refugees as important examples of this.

A “two-speed” Europe is completely tolerable. If every state were able to decide how much sovereignty it surrenders at European level and the time at which this happens, this would result in a more flexible and therefore ultimately more efficient Europe, which remains the “best means to achieve a liberal society and a social market economy.”